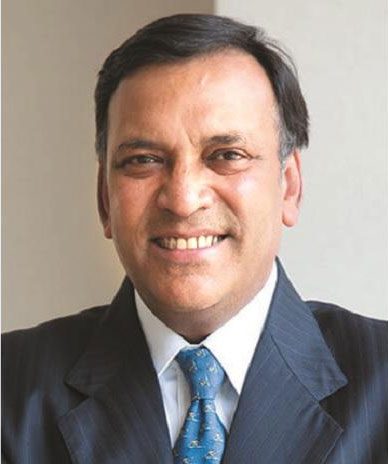 Mr.Akhil Gupta is the Chairman of DIPA (Digital Infrastructure Providers Association) and Vice Chairman of Bharti Enterprise.He has played a pivotal role in Bharti’s phenomenal growth right since inception - both organically and by way of various acquisitions. He has led the formation of various partnerships for Bharti with leading international operators like British Telecom, Telecom Italia, Singapore Telecom and Vodafone in addition to induction of leading financial investors like Warburg Pincus, Temasek, KKR, Qatar Foundation Endowment, AIF and Sequoia among many other Private Equity funds. He has also been instrumental in raising several billion dollars by way of project finance for the Group over the years from global banks, bond markets and Export Credit Agencies (ECAs).
Read More

He has conceptualized and implemented the transformational initiatives that include the outsourcing deals undertaken by the group in the areas of Information Technology (IT) with IBM and Network Management. He has also been responsible for the separation of passive mobile infrastructure and forming Indus Towers - a Joint Venture with Vodafone and Idea, which is one of the largest tower companies in the world and is a unique example of collaborating at the backend while competing at the front end. In 2010, he was instrumental in the acquisition of Zain Group’s mobile operations in 15 countries across Africa.

He has also spearheaded the successful public listings of Bharti Airtel (2002), Bharti Infratel (2012) and Airtel Africa (2019) and has been instrumental in introducing Global benchmarks like full Quarterly audits and transparent Quarterly reports to provide all relevant information to investors & stakeholders. Consequently, Bharti Airtel and Bharti Infratel have been constantly awarded highest ratings for Corporate Governance and are acknowledged globally for highest standards of ethics.

He represents the Indian Telecom Industry and Bharti regularly at various forums and important seminars in India and abroad.

His book ‘Some Sizes Fit All’ on management has been recently published by Penguin Random House.